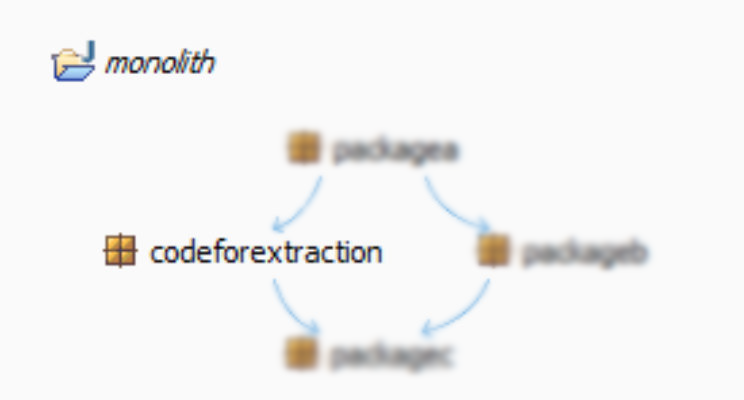 Dependencies that violate your target module structure need to be resolved before code can be extracted from the monolith into the new module.

The circular dependency has to be resolved by removing the dependencies that violate the intended module architecture, before code can be physically moved from the monolith into the new module (build systems don’t like cycles). The refactoring to resolve these violations can be complex and time consuming, taking weeks or even months to complete.

Which leads to potential issues: –

In the example below, the modules utilities, logging and nalpeiron have already been extracted from core (previous post).  For this new extraction, the remaining core has been split into 4 new modules: assemblies, comms, studio and data-models. The simulation of these new modules in Studio (Structure tab) has resulted in feedback dependencies shown as dotted lines. 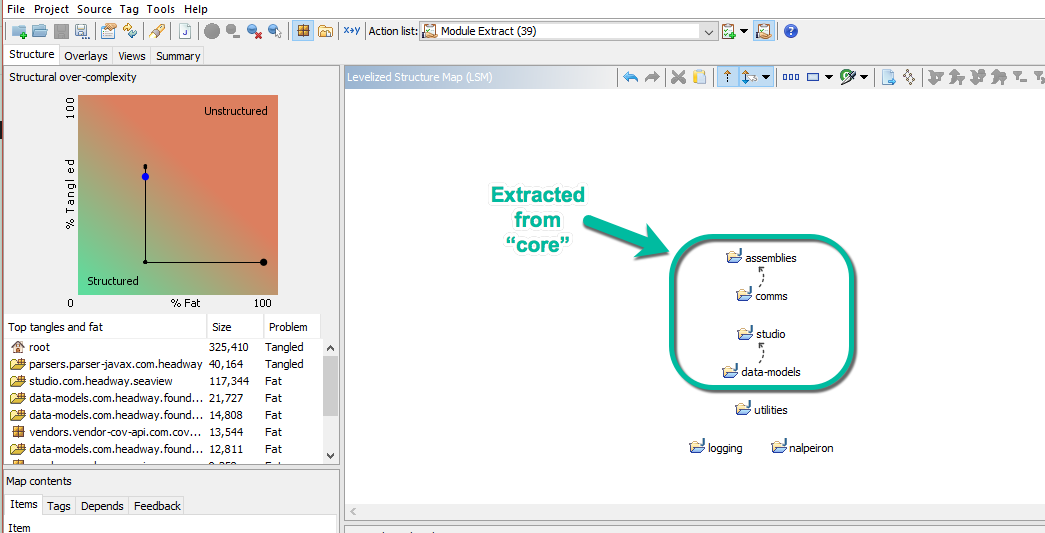 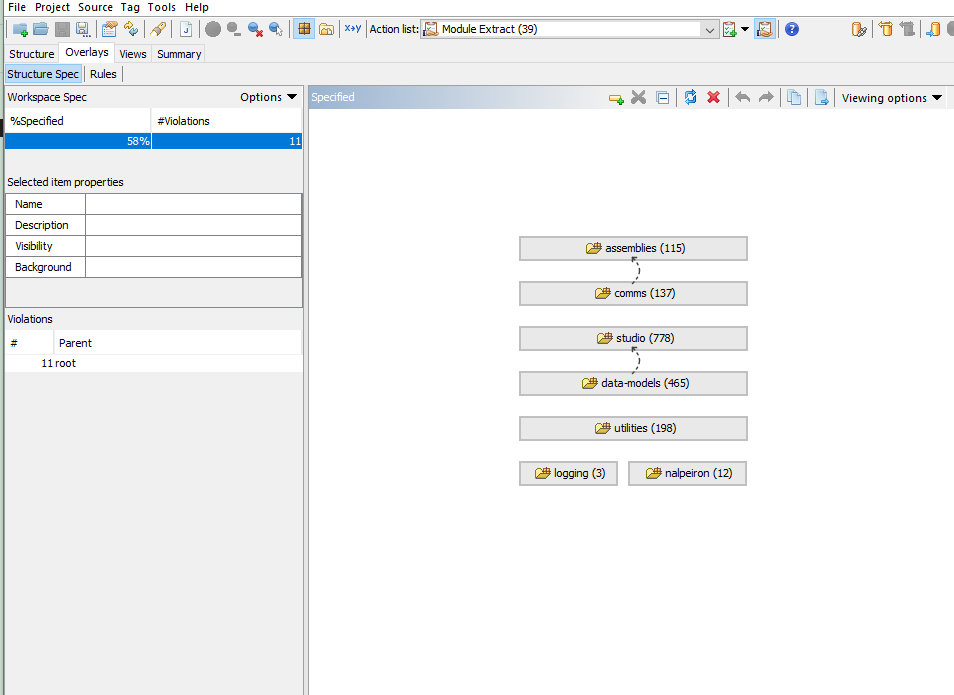 In the Publish dialog Publish Spec and Publish action list must both be checked. The repository project is named module-extraction.

Switching to Workspace in the IDE now…

In the Workspace settings (Eclipse in this example) the Source of specs is pointed to the repository and the module-extraction project selected.

A full refresh of the Structure101 Workspace’s Structure Map loads and applies the Action List and Structure Spec. The violations are shown as dotted red lines on the resulting Structure Map inside the IDE: 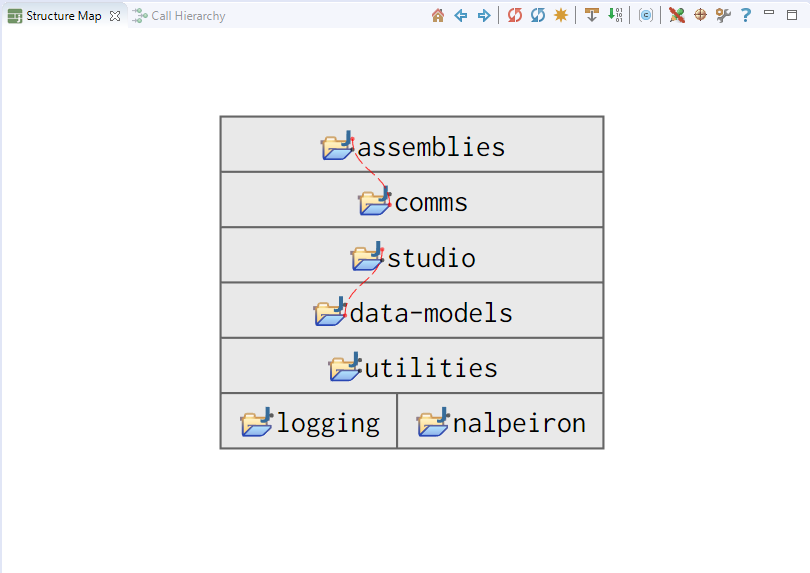 A developer working to resolve the violations can drill into the map and follow the red lines to reveal the code item causing the violations:

Alt-clicking on the code item navigates to the item in the IDE source editor where the root cause can be examined and/or refactored out.

If a new dependency is introduced that violates the architecture, it is shown in the Structure Map (again, inside the IDE) as a purple line. The names of the packages and class causing the violation will also be purple. 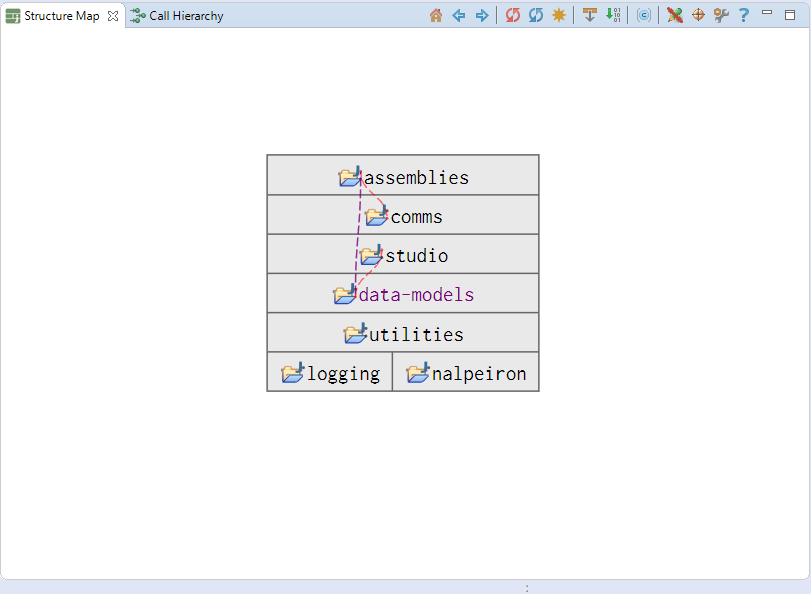 And a developer can drill down following the purple elements to find the offending code: 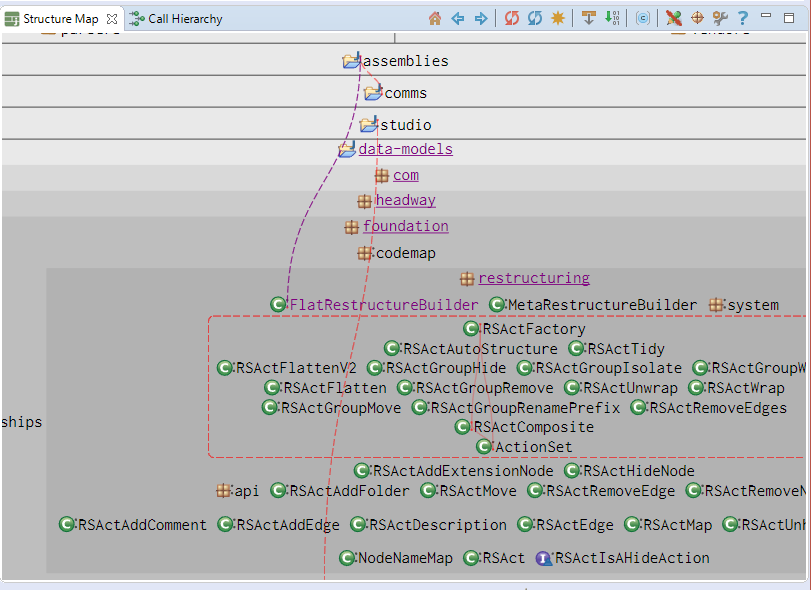 And then use spotlighting to filter the Structure Map to the relevant/dependent code: 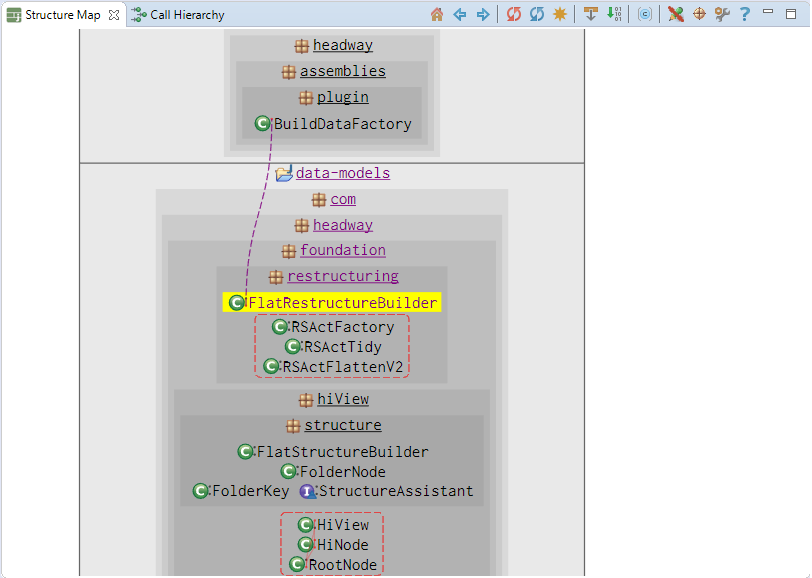 Capturing the planned changes in the module structure and making it available in the IDE in this way gives the wider team an understanding of the to-be architecture as they continue ongoing development. And it gives the developers working to resolve the violations a dynamic navigable view of the offending code. A ‘to-do’ list of refactoring presented visually with all the attendant navigation and spotlighting functionality the structure map provides.

When all the violating dependencies have been removed, the final task is to create the module and move the source code into it from the monolith. The developer making these changes can follow the Action list step by step to implement the module creation and make the class moves that were simulated in Structure101 Studio.

In the next post we will describe how the violating dependencies can be used to build a backlog of work for planning and estimation.